Nigerian men – without a shred of doubt love to dress and appear well, especially at public functions, events and even the workplace.

This love for unique Nigerian inspired fashion has given rise to a plethora of traditional fashion styles that the Nigerian man (or guy) loves – irrespective of age.

Here, we cover the most notorious and persistent.

Whether you’re from the Yoruba, Hausa, or Igbo tribe, you’ll find a rich collection of traditional styles (based on tribal origins) here. See the pics after the cut. 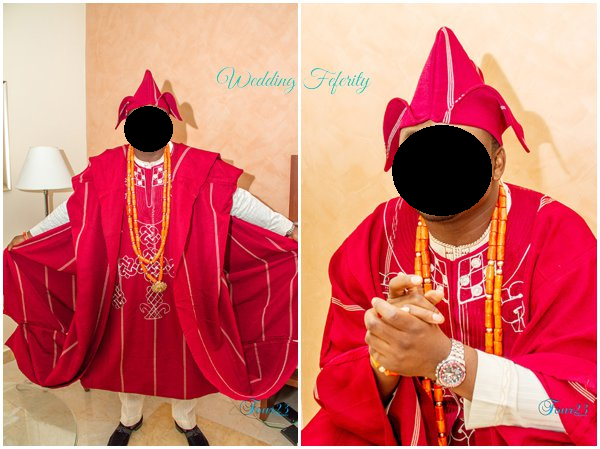 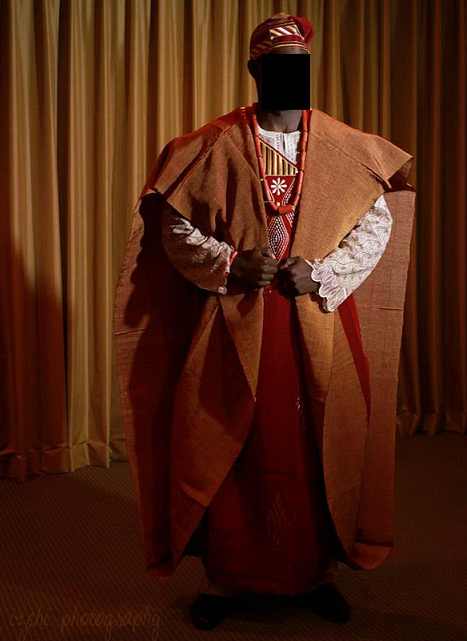 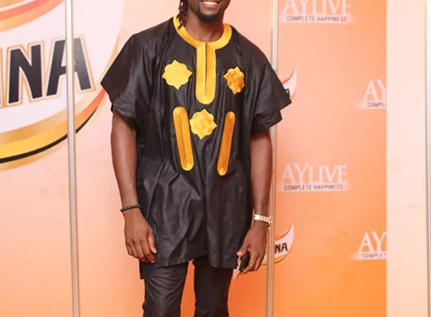 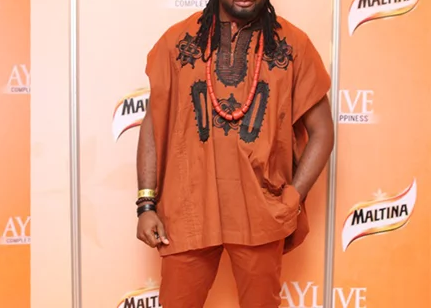 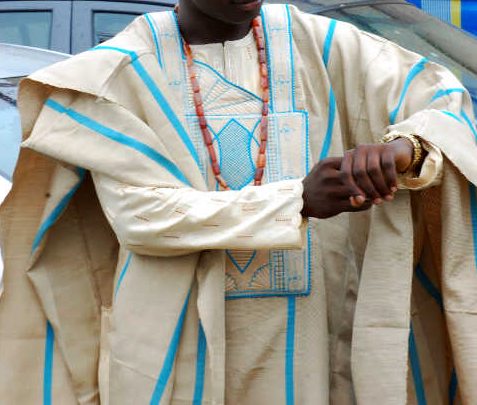 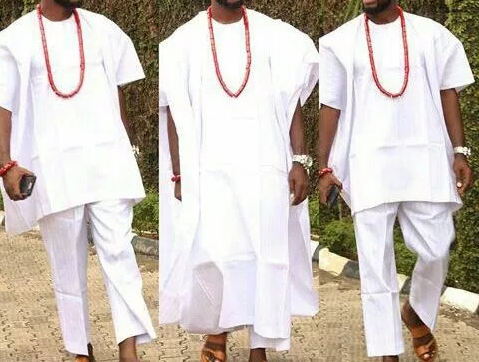 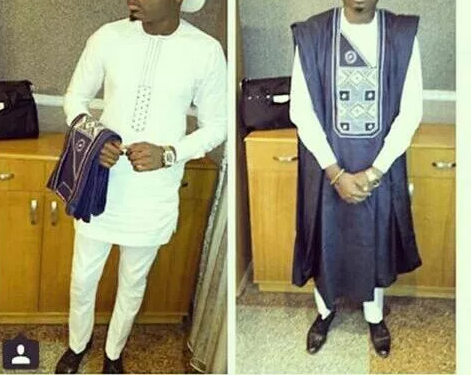 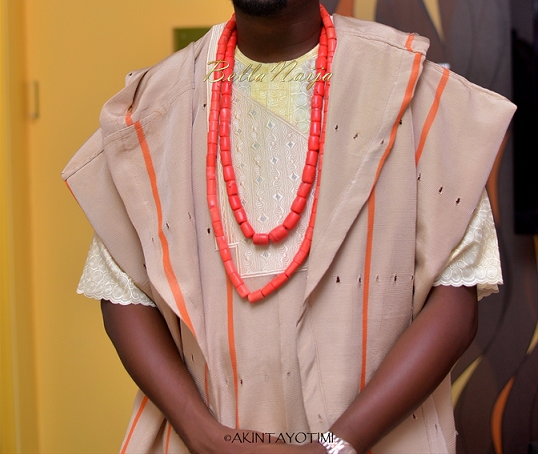 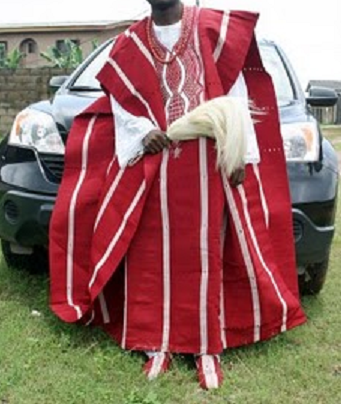 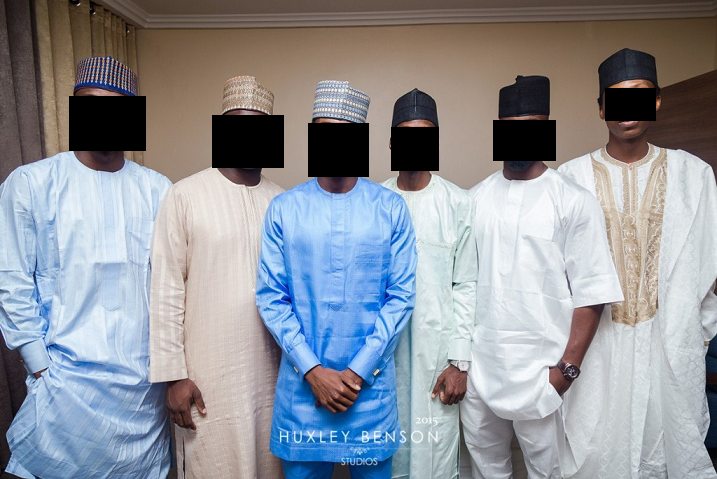 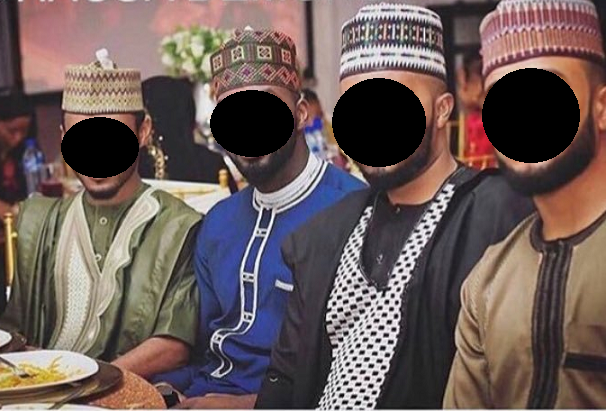 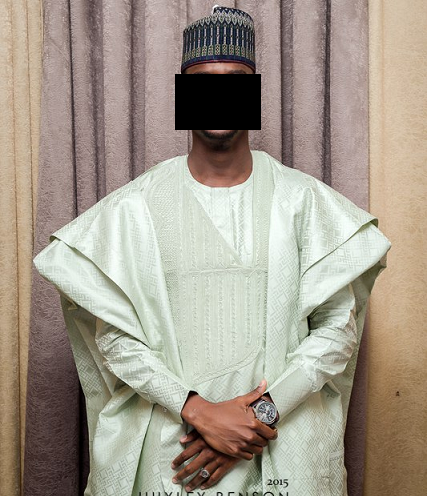 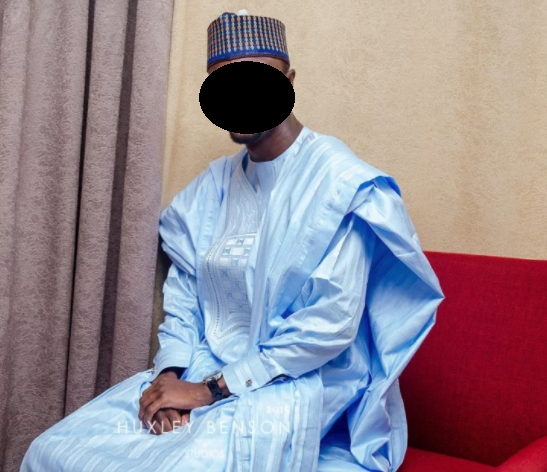 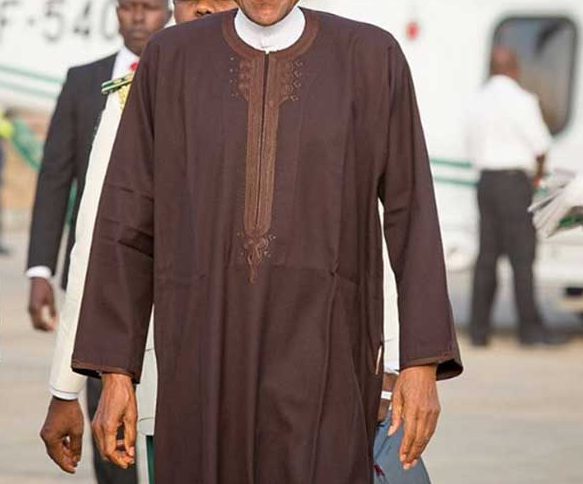 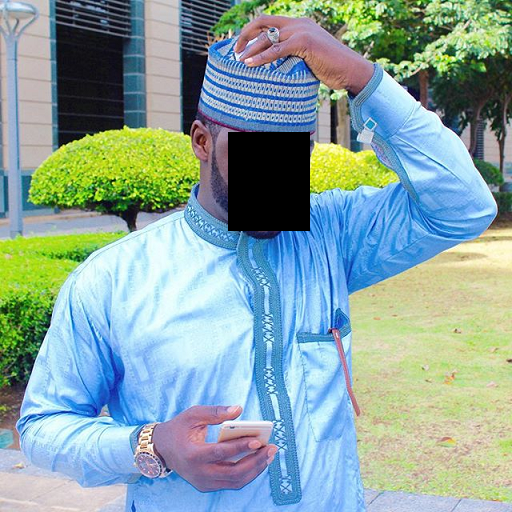 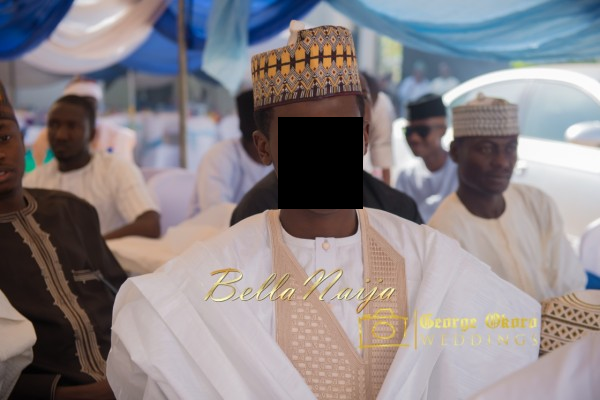 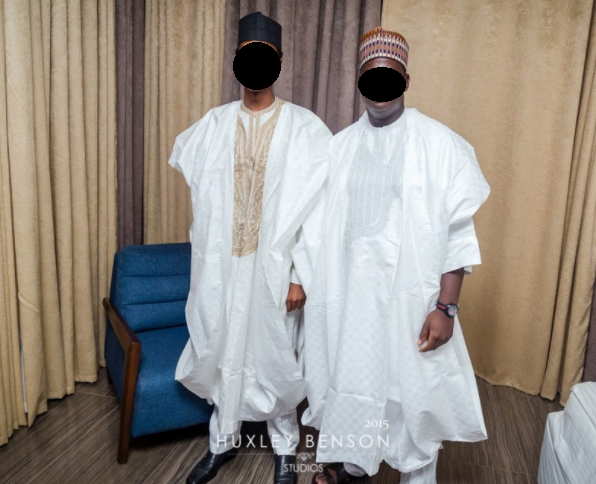 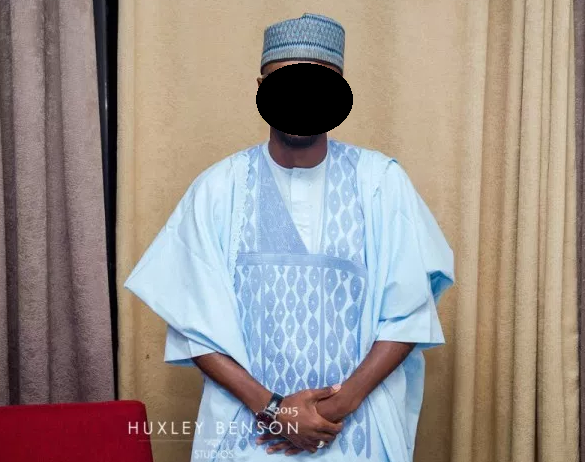 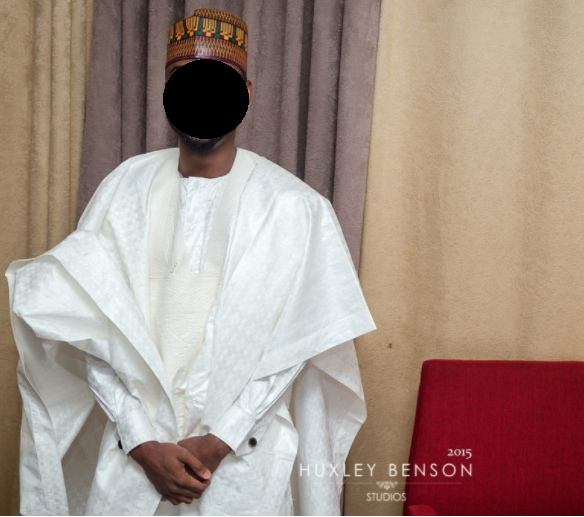 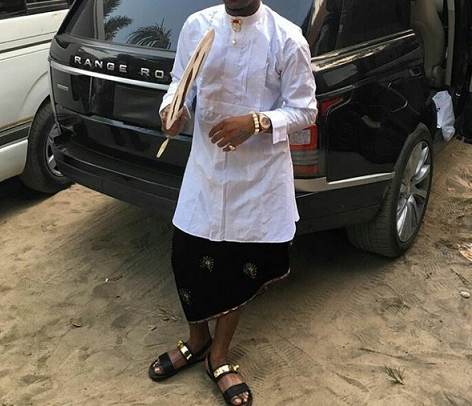 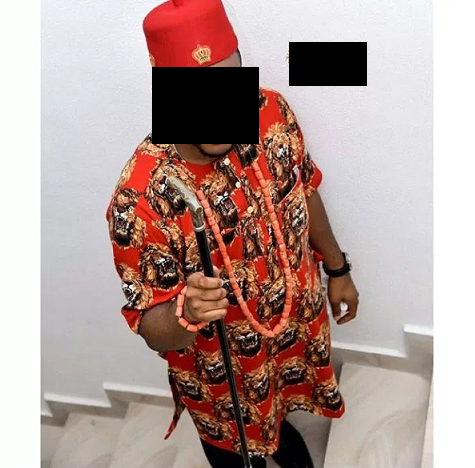 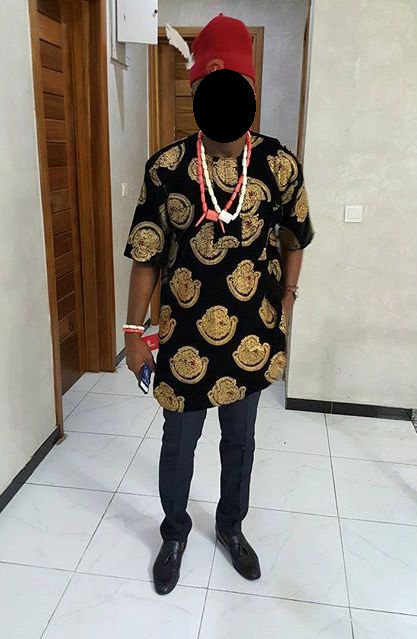 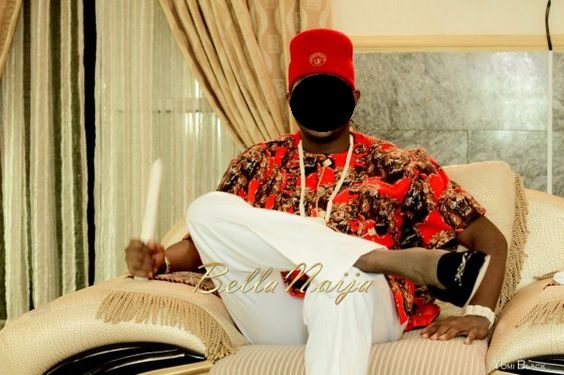 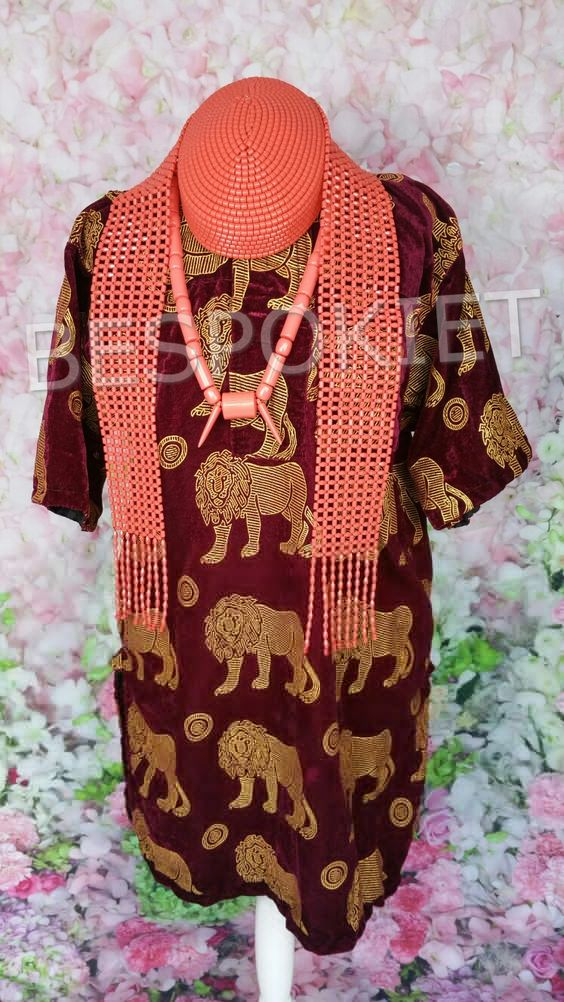 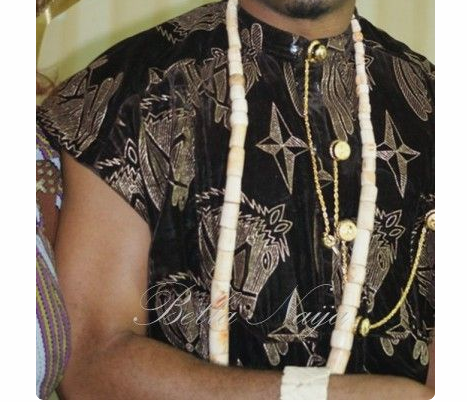 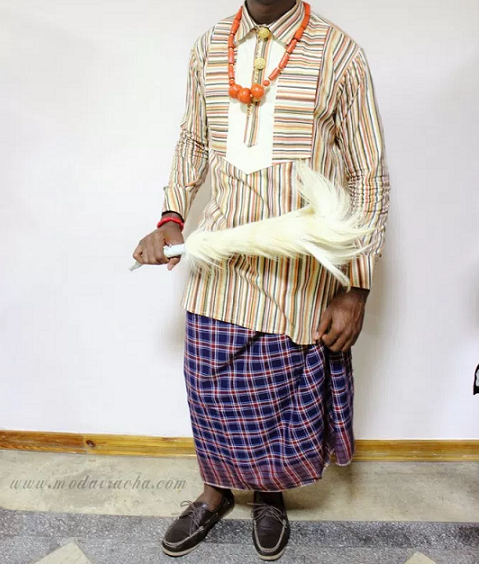 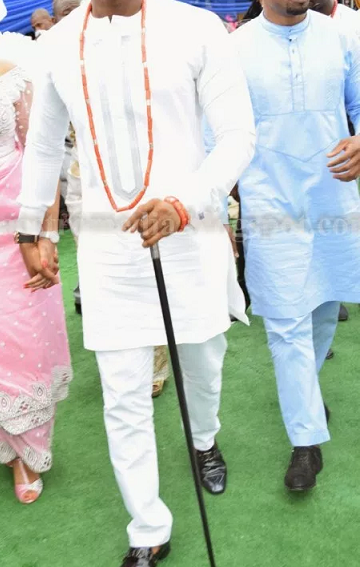 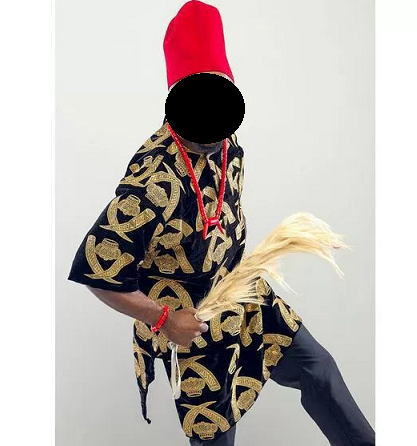 The Agbada is a large, overflowing native gown that reaches well below the knees and sometimes touches the ankles.

Usually sewn with a matching full length trouser, the Agbada traditional wear can be sewn brilliantly with just any material one finds though; single colored expensive materials work best for this style.

A fitting cap and shoes typically compliment the outfit.

The Kaftan is a long loose native tunic that stretches below the knees and in some cases reaches the ankles of the male wearer. This dress type (unlike the Agbada mentioned above) fits better and does not require constant adjustments to sit in place on one’s body when worn.

The Kaftan native attire is usually rendered in long sleeve form and usually has a trouser of same material to match.

Though a cap makes the attire fit better, it is not mandatory and many wearers appear wonderful without one.

Further, it is customary to wear the kaftan with an ‘easy wear’ though casual shoes also work great when used with the attire.

The Kaftan, aside being popular in Nigeria is also popular and used as traditional attire in much of West and North Africa.

The Dashiki is sewn and designed like the Agbada mentioned above.

However, the primary difference is its length (which never flows past the thighs); the fact that it has no ‘overflow’ that goes on the shoulders and importantly, it comes designed with two prominent pockets in front of it (instead of the sides as is obtainable in the case of the Agbada design).

The Dashiki is primarily designed and sewn with a matching full length trouser though some designs, at the moment, simply make do with a pair of shorts.

The Dashiki is worn with a cap or without depending on one’s preference or state of mind.

Further, shoes are optional when contemplating this traditional attire as it works well with either a pair of shoes or any other foot wear for that matter.

The Senator Style is a native attire that was popularized by Senator Pious Anyim – a former Senator of the upper legislative house in Nigeria and its President when he was a member of that house.

This native style is made from bold, strong suit material and has the shirt extending up to the knees with little or no embroidery. The trouser is usually made in a manner that matches the material used for the shirt.

Sewn in either long or short sleeves, this native style is plain, simple, powerful and importantly, has been adopted and is worn by men and guys all over Nigeria.

Standard accessories that make this style exceptional include smart, distinguished shoes, a bold wrist watch to match and if one is in the mood, sunglasses.

Atiku Native Styles are a variety of native attires sewn in a simple and smart manner with most styles actually finished in a body fitting manner.

These styles closely resemble the Senator Native Style above but are distinguished by the fact that it is mostly rendered in short sleeves, though long sleeve variants are not completely absent.

Further, the Atiku Native Styles are light on embroidery and emphasize simplicity and elegance above all else.

Designers who are into this native piece render it often in navy blue, black or white, taking pains that the same material and fashion deployed on the tunic outside is the same with the matching trouser that makes the design complete.

This native attire can be worn with a cap if one chooses but equally looks great on any wearer without a cap on.