Ghana, without any shred of doubt, is one of the most impressive African countries and one that is clearly doing awesome – economically and otherwise. Its citizens are thus naturally proud of their country as many of the amenities that other (African) countries lack, they have no issue with.

This overall satisfaction with their country has ensured a high level of patriotism that is rare to find, even in other climes (of the West).

This manner of deep and passionate patriotism is shown in the clothing the citizens of Ghana wear daily – and on special occasions when they must appear at their best.

If you’re curious how this plays out in Ghana, we have a peep for you: Ghanaians go traditional at the slightest ‘excuse’ and love native attires more than ever – the young, not so young and the old inclusive.

Here, in this article, we’re going to take a look at the Ghanaian African wear styles for men and guys. 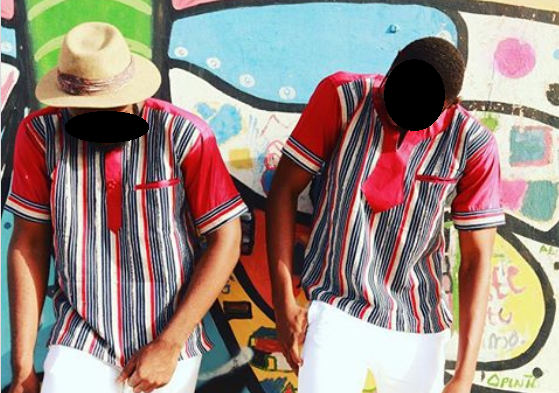 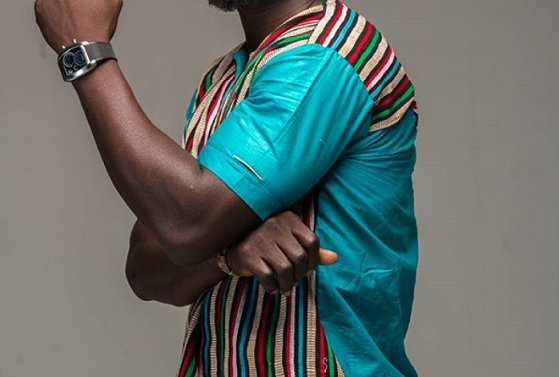 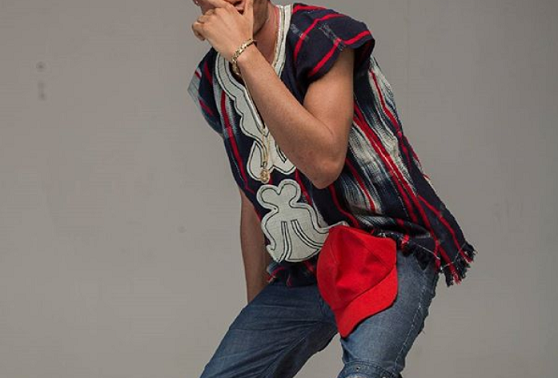 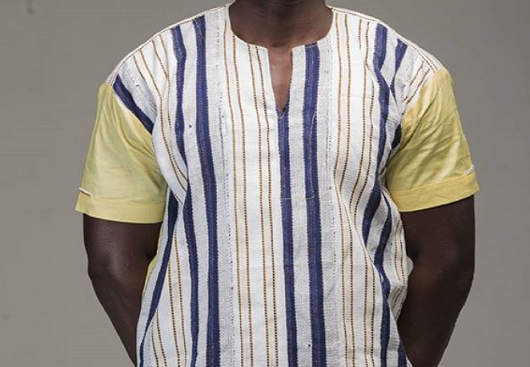 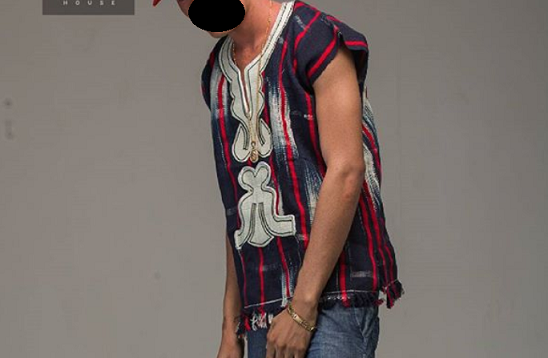 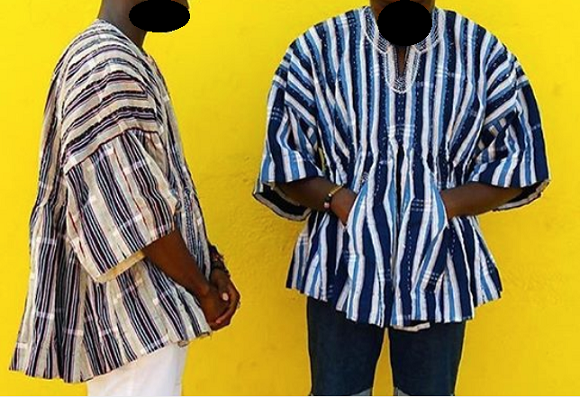 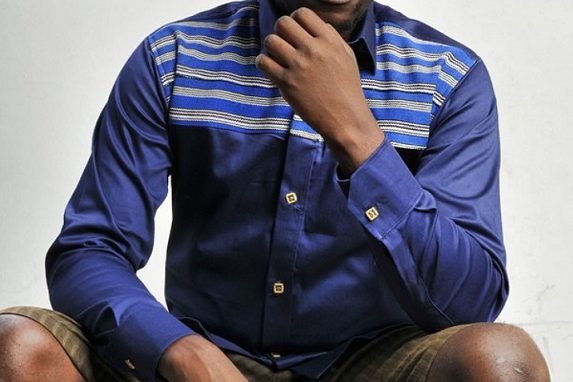 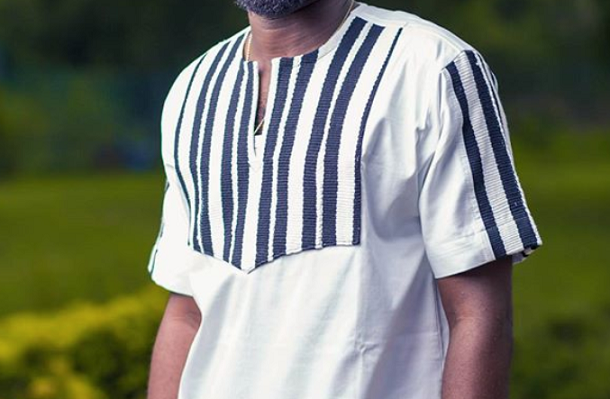 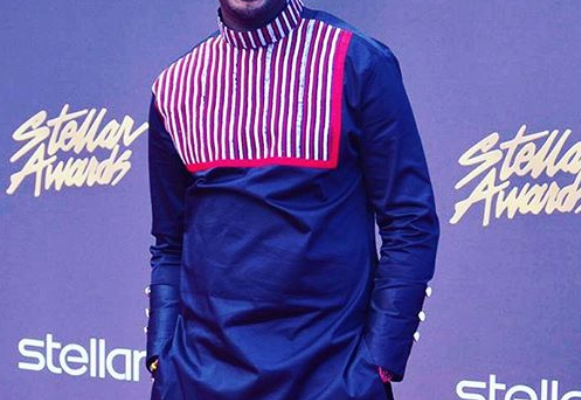 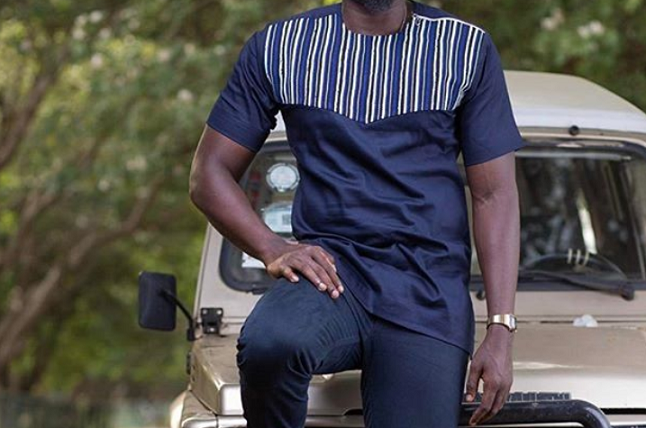 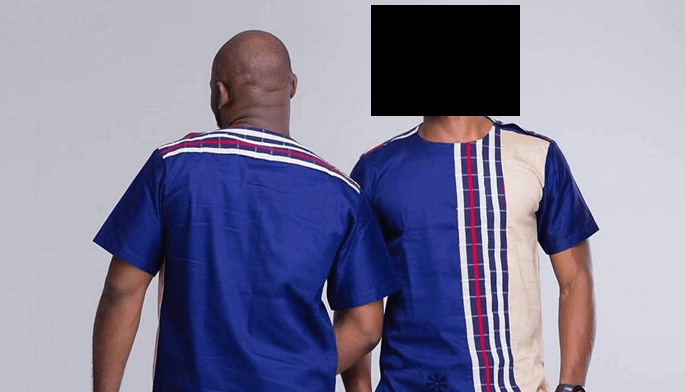 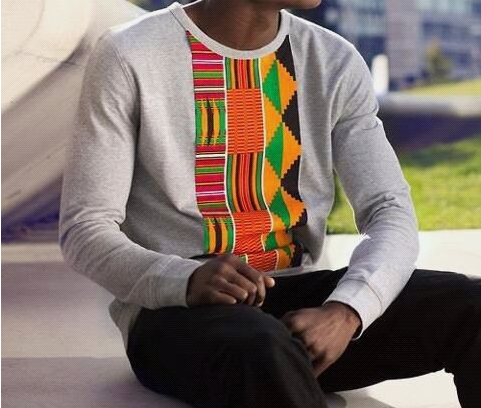 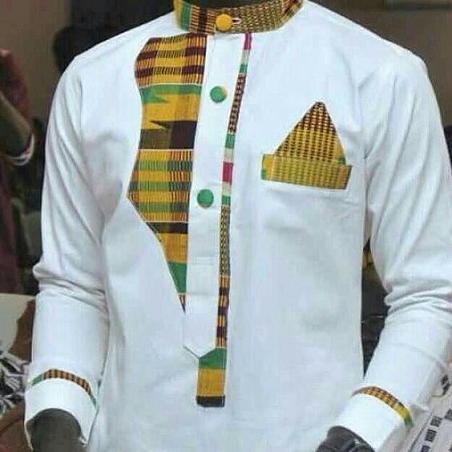 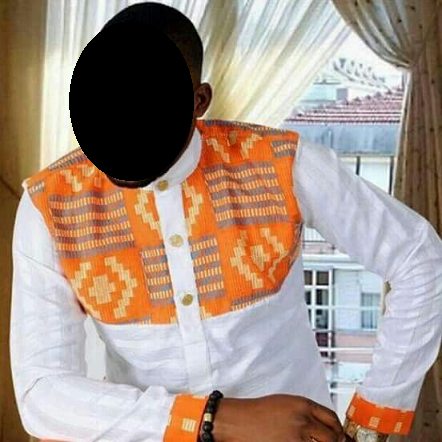 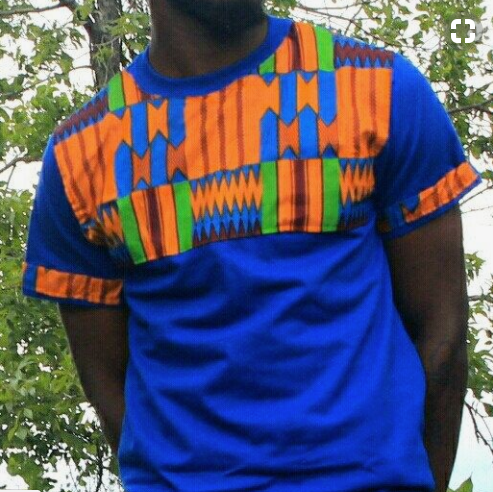 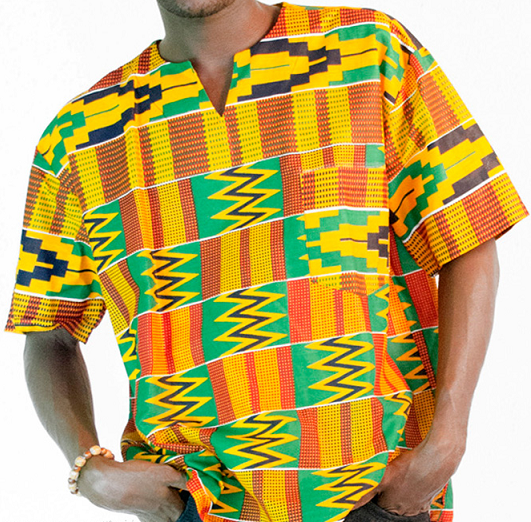 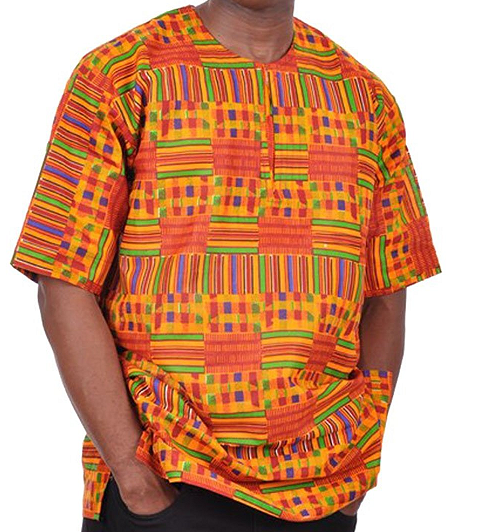 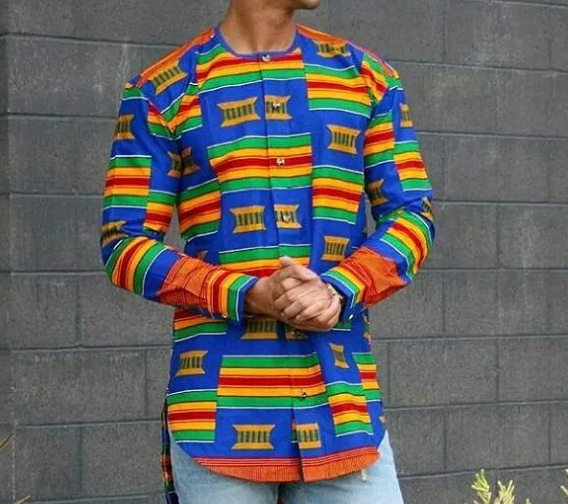 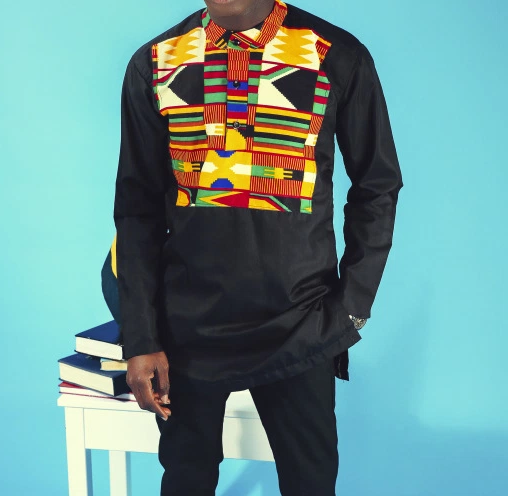 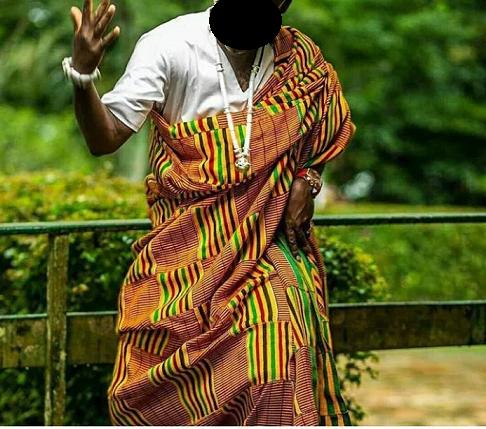 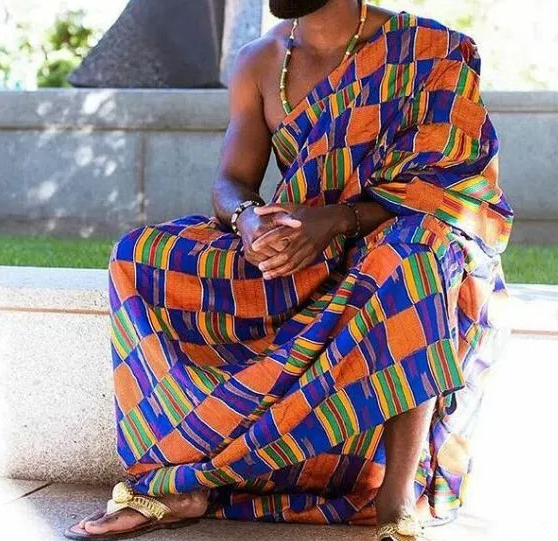 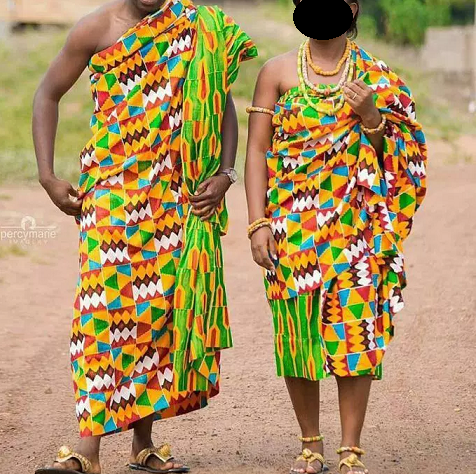 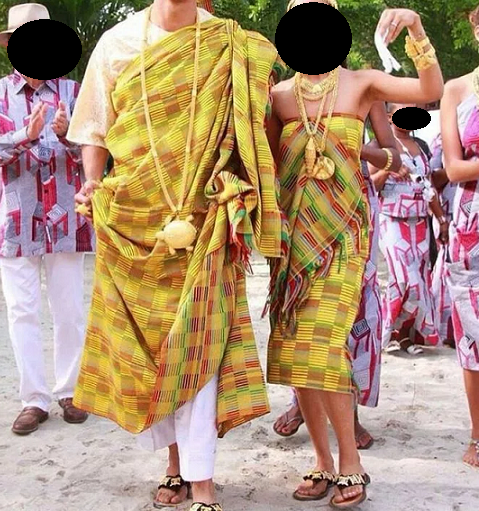 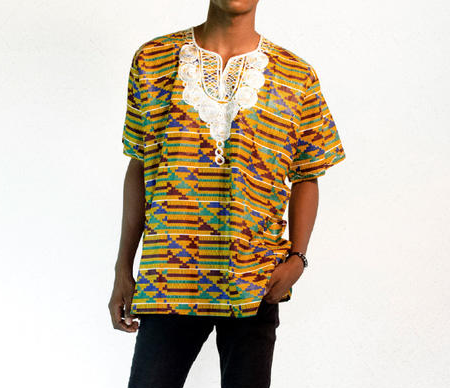 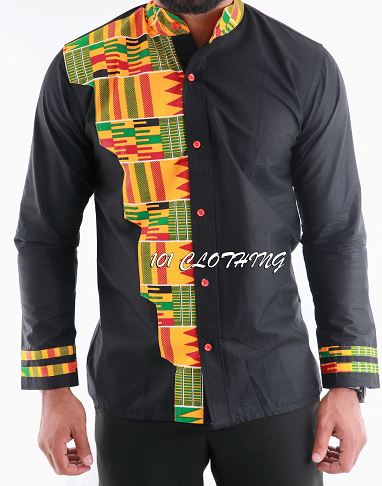 The Ghanaian Stripped Smocks is the most popular native attire worn by Ghanaian men and guys.

Closely resembling the Dashiki, the Stripped Smocks is specifically made of thick, hand-woven cloth with stripes that run its full length and course. These stripes, alternate in a pattern of white and black, varying in shade and overall intensity.

When sewn and worn, a light design is visible on the front, especially the neck with the helm finished in a manner that depicts short wool lengths that are allowed to ‘roam free’.

The Ghanaian Stripped Smocks is a national dress in Ghana and accordingly, commonly worn and is extremely popular in the country.

Closely related to the Ghanaian Stripped Smocks is the Dashiki – a traditional attire for men in Ghana.

The Dashiki favoured by men in Ghana is often made with the local Kente cloth. However, some few variants are currently made in a stylish manner with various materials, notably, the Ankara patterned fabrics.

Popular and used by both the young and old men in Ghana, the Dashiki is also considered a national dress and is worn by citizens, residents and tourists alike.

The style of Kaftan that is very common in Ghana is called the ‘Senegalese’ Kaftan – largely because it is predominantly worn there.

However, this Kaftan type is a common traditional attire for men in West Africa and Ghana is no exception – especially amongst it Muslim population.

Worn by both men and women, this Kaftan type is considered a formal wear in Ghana (especially when worn with a cap). However, in Ghana, it is (more) commonly worn during religious celebrations/feasts especially amongst the Muslim population there.

These are the most popular Ghanaian African styles for men common in that country. There is no way you will pay a visit to modern Ghana and miss any of these three options discussed here.

However, these are the top three – meaning that there are other traditional options for the men in Ghana that may not be mentioned here.

If you know of such options, we’ll appreciate if you share them with us in the comments.